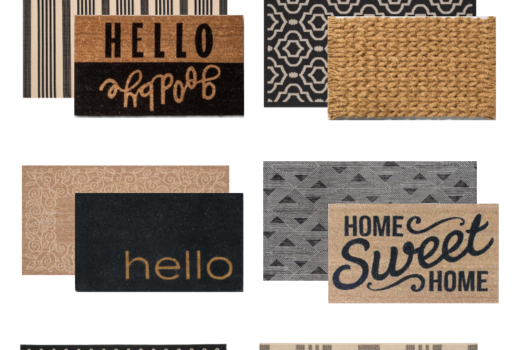 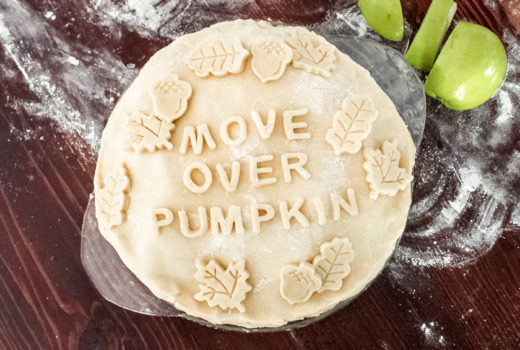 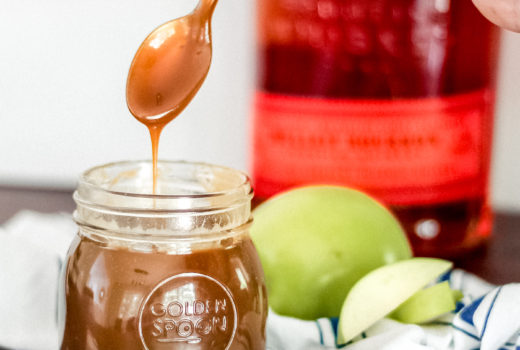 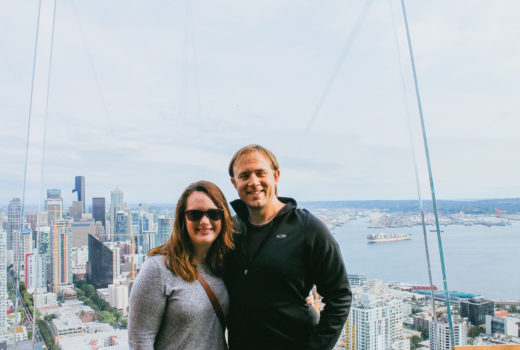 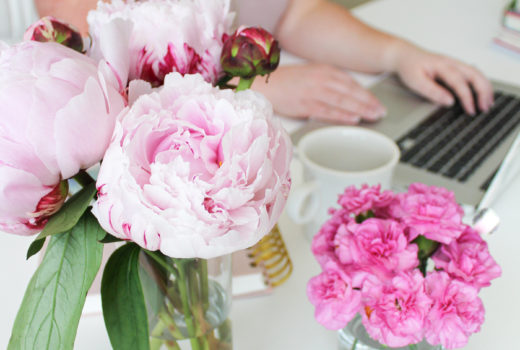 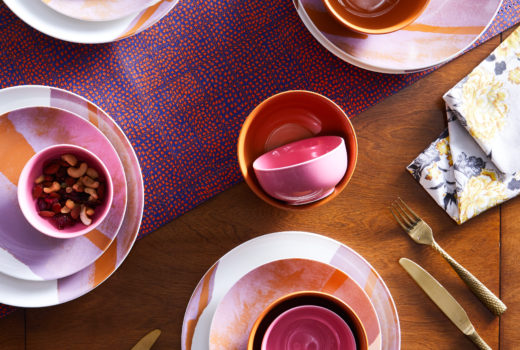 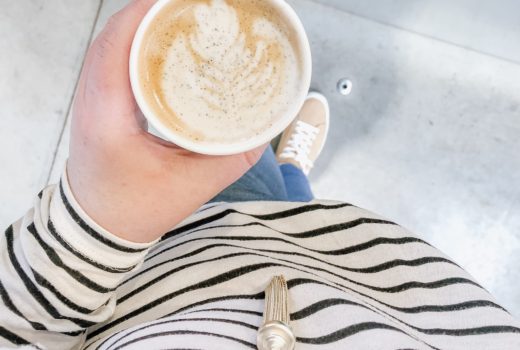 Blog posts contain affiliate links. When you click on these links I earn a small commission that helps keep this blog running and support my coffee habit. If you have any questions, feel free to read my disclaimer and privacy policy. Thank you! 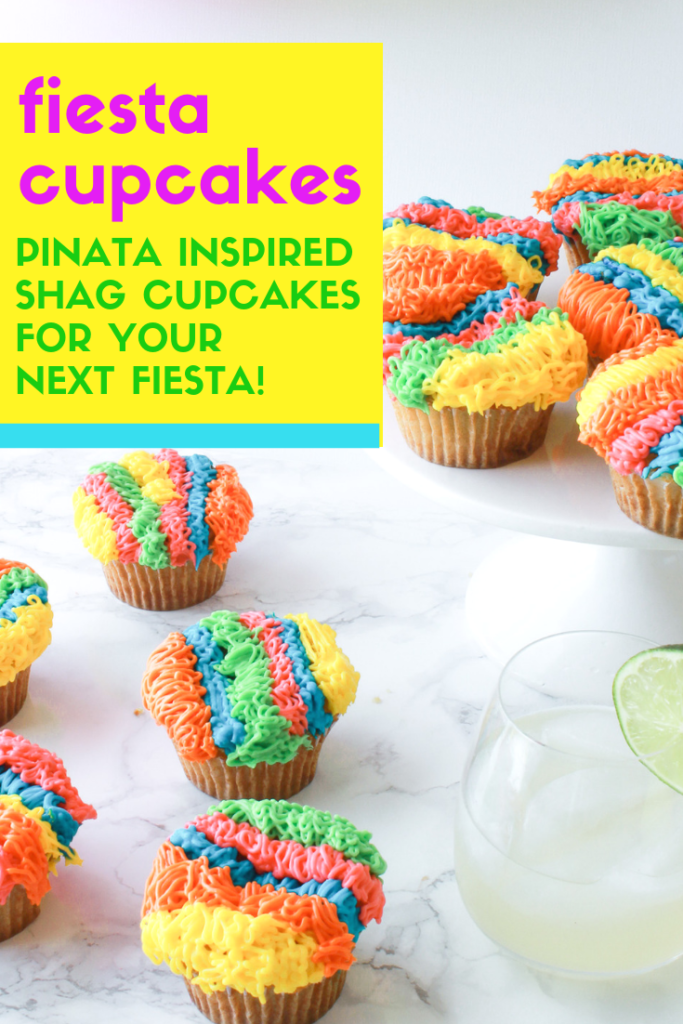 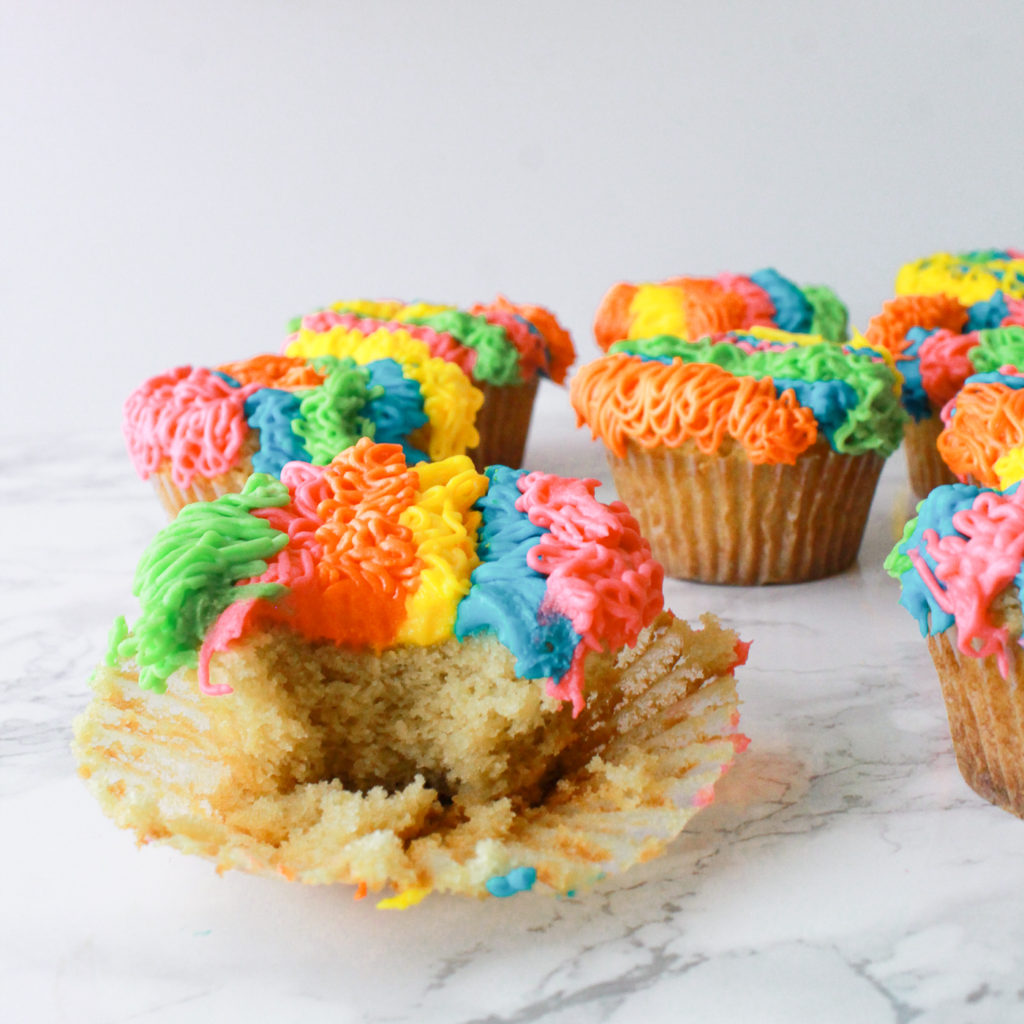 Brannon and I love Cinco de Mayo. Texas was definitely a good place for us to live because we could live on beef fajitas, chips and guacamole, and margaritas. Living up in Minnesota has proved challenging for this, but we’re determined to find some places up here to get some good Mexican food. So far we’ve found one place in the Mall of America to get fajitas and a pretty tasty pineapple margarita. We’ve also found a place right by our house for some decent tacos, but we’re still hunting!

So… as you can see, we definitely celebrate Cinco de Mayo. Want a bit of history as to why this is a “holiday” (and a delicious recipe for this cupcake?) Well here you go:

What is Cinco de Mayo?

Cinco de Mayo celebrates the victory of the Mexican army over the French at the Battle of Puebla!

In the United States, Cinco de Mayo is a time where we celebrate Mexican culture and heritage. So there you go, you’ve had your history lesson for the day! 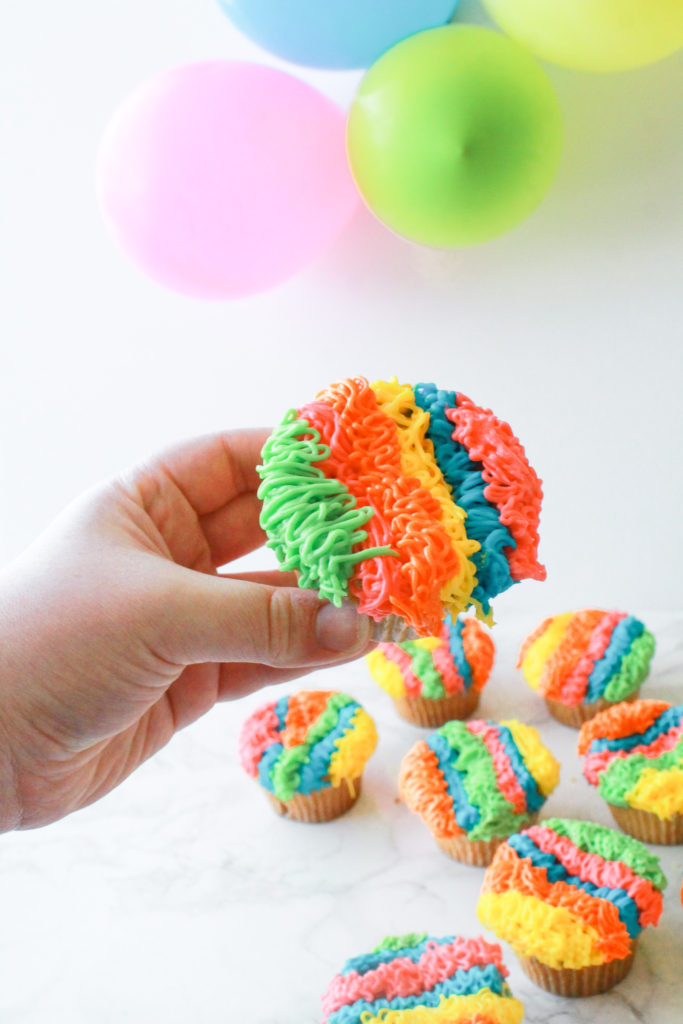 So, as a result of celebrating Cinco de Mayo, we must throw a fiesta! Complete with a fiesta dessert, pinata inspired cupcakes. This recipe is so delicious. If you’ve been looking for a moist vanilla bean cake that provides a lot of flavors, you should print this out and add it to your list of desserts to bake. Pair it with a creamy, rich, and not too sweet American Style Buttercream – perfection.

To get the pinata style for the icing you’re going to want a certain icing tip. Use tip #233 by Wilton. I purchased this Wilton Master Decorating Tip set a few years ago and it’s been the best investment! I say investment, but it’s only about $30, so it’s a great buy! The only other thing you will need is some cake decorating bags. I like the disposable ones for projects like this since they’re such bright colors, I don’t want to have to wash out reusable piping bags.

I only had one #233 tip, so I did all of my cupcakes one color at a time. If you want to make this go by faster then you’ll need to purchase 5 #233 tips. Load up your piping bag with a color, then you’re going to start from one edge of your cupcake and make a line down the center. As you’re going across move slow and steady and wiggle back and forth slightly to give it the “pinata” look.

*TIP* I used one of my cupcakes as my “tester.” Where I first practiced the movement across so I got the texture I wanted, and then I used it to test out each of my color to make sure it was flowing correctly.

Pair this with your favorite margarita! My favorite is getting the Tres Agaves Organic Margarita mix, and your favorite Tequila brand. My go-to lately has been Sauza – I blame Justin Timberlake, did you know he partnered with them back in 2009? 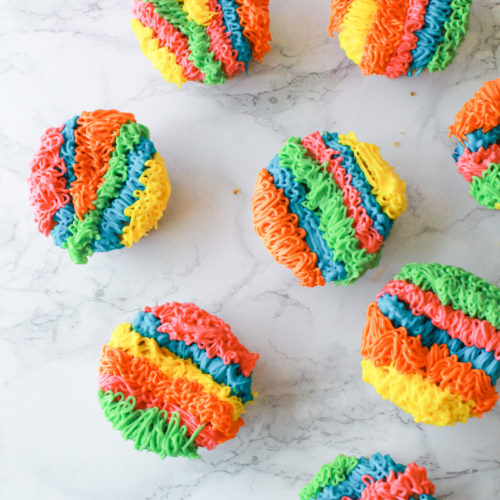 Bree Pair
Delicious cupcakes for your next fiesta themed party or for Cinco de Mayo. The perfect fiesta dessert! I made these inspired by pinatas and can't wait to see you make them yourself.
Print Recipe Pin Recipe
Course Dessert

Please be sure to tag me on social media @breepair if you make these cupcakes! I can’t wait to see how they turn out for you and have fun with the colors. Pinatas are many different colors and I can’t wait to see what you came up with. Happy Cinco de Mayo! 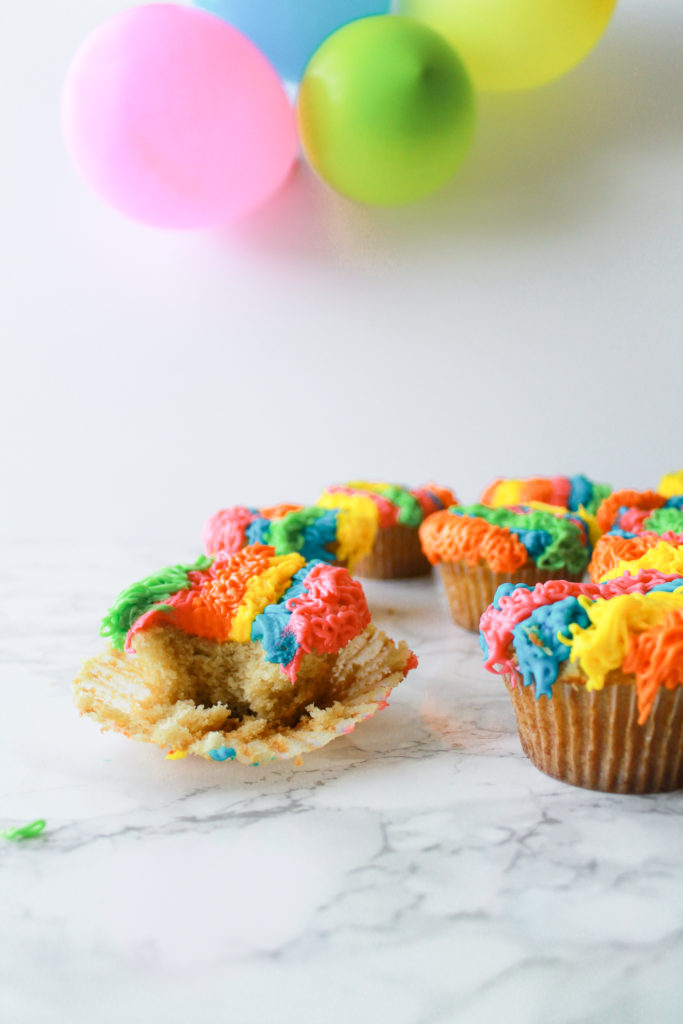 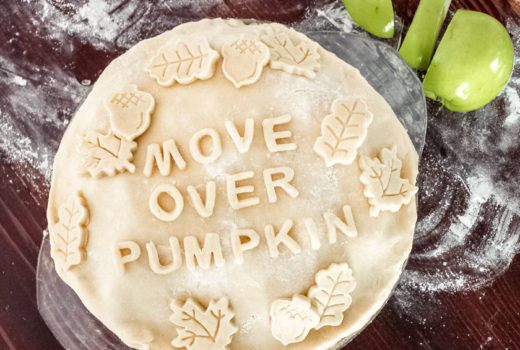 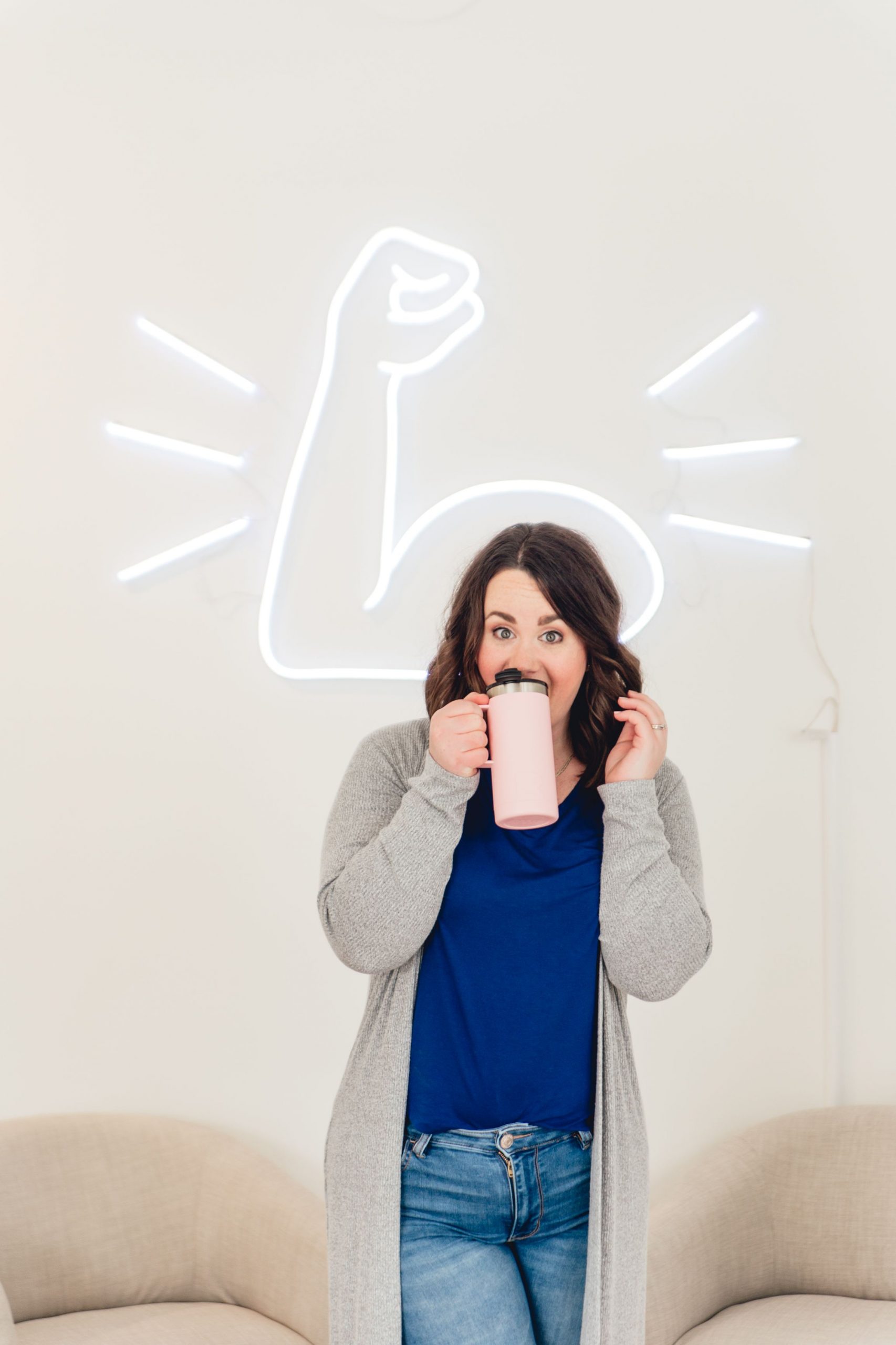 I'm the founder & CEO of Thrive, a conference, podcast, blog and community dedicated to educating and empowering bloggers.
-----
When I'm not coaching bloggers or creating marketing strategies I'm talking about self-care and mental health, which I am so passionate about!
-----
Fun Fact: My husband and I spent a year of travel around the country by RV, 10/10 would recommend! 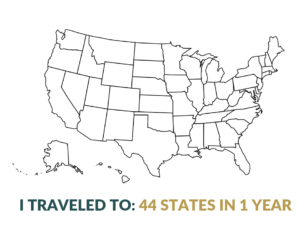 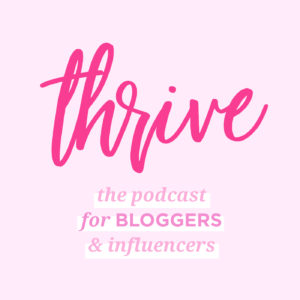